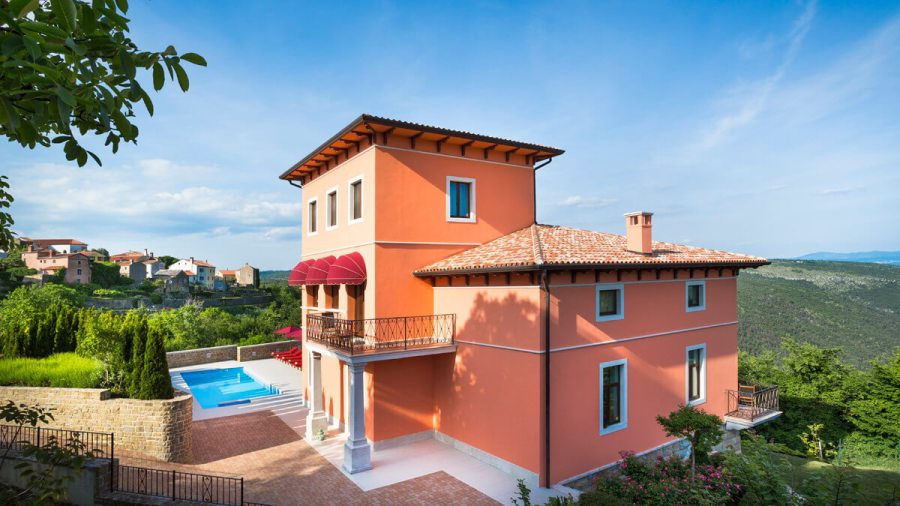 Palazzo Angelica, situated on the hillcrest of the village of Oprtalj in northwest Istria, leaves one breathless. The interior design of this residence built in the 19th century will delight you. 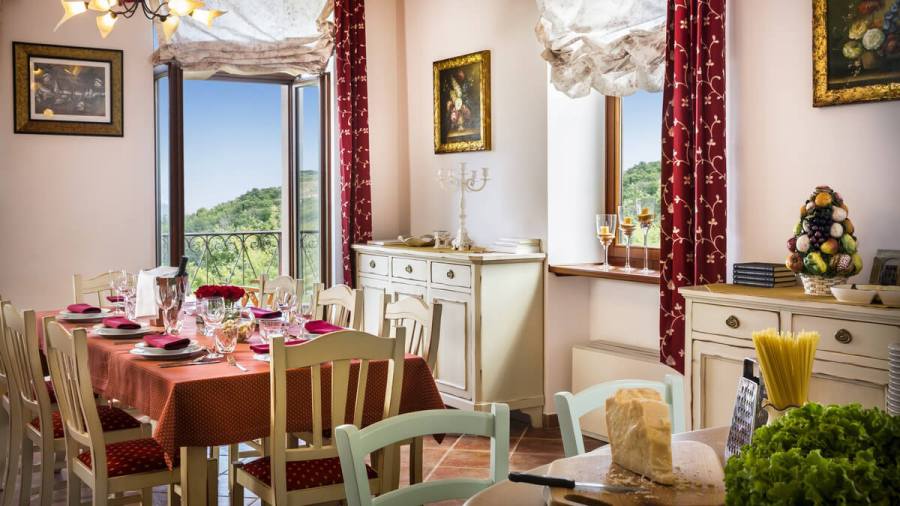 This 5-star villa can accommodate up to 12 guests in its 6 luxuriously furnished rooms. Each room has a spacious double bed, an LCD TV set with a satellite receiver and a safe. The comfort is rounded by a separate bathroom with a bathtub or a shower cabin. Each room has a wonderful view of Oprtalj and its green rolling hills – a truly breathtaking relaxation on one's eyes. 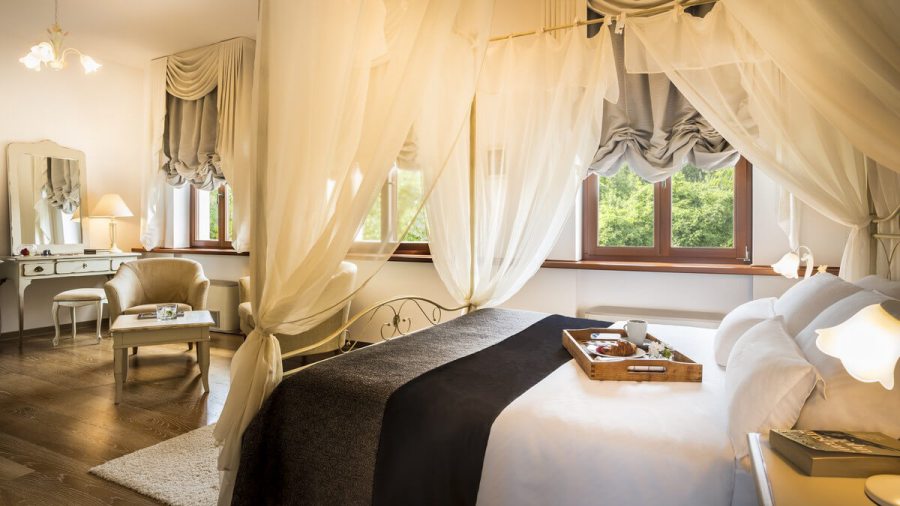 The location of the villa is also known for the Parenzana biking route, passing near Oprtalj. The route was named after a famous railroad, which connected Istria with the interior of the Austro-Hungarian Empire, Poreč with Trieste, in the early 20th century.