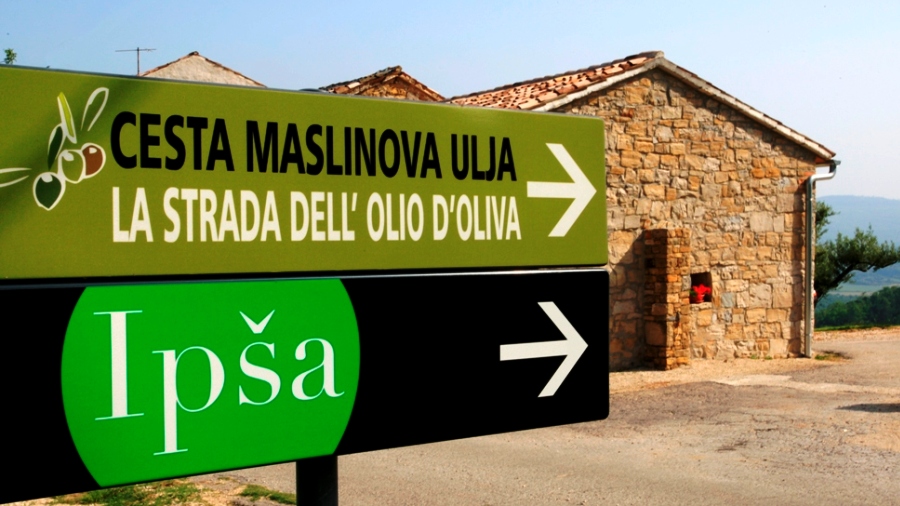 A more intense renovation of olive cultivation began in the 1990's with state subsidies, renovation of old olive orchards and the plantation of new ones. Klaudio Ipsa Oprtalj and his family embraced the growing trend of renovating old family own olive orchards. They entered this business with deliberation and faith, and the success that followed is, in their words, much bigger than what they had secretly hoped for. Among other acknowledgments for their effort, they were honored with the most important international quality reward when their olive oil made from the varieties Bjelica and Frantoia was the first Croatian olive oil to be included in the Italian guide of best olive oils (L'extravergine 2005 - Guida ai migliori oli del mondo di qualita accertata). Other important rewards followed, for the best olive oil made from one variety by the Slow Food association, and the most important reward â© masline?(Three olives) for the olive oil made from the Istrian variety Bjelica in June 2008. They won many medals at various festivals and events such as Vinistra, Maslina in Split, Krasica and Vodnjan, and the fact that their product was again included in L' extravergine in 2006, 2007, and 2008, 2009., 2010., 2011., 2012. is the proof of the quality of the olive oil produced by the family Ipsa.

This family has planted their olive groves on 5 acres of land, stretching over existing old terraces in 1998. The trees are scattered in the middle of the hill on a slope between 190 and 250 meters above the sea level. Thus, they are less likely to be affected by the fog, frost and the cold. The cultivars include Bielica, Buza, Crnica, Leccino, Frantoio and Pendolino

Ipsa extra virgin olive oil is made from the following types of olives: istarska bjelica, frantoio, leccino, bugla, and črnica. The olives are picked by hand and at the proper ripeness, and they are then processed (by cold press) the very same day, which gives the oil an exceptionally fresh, aromatic, and slightly piquant taste. Extra virgin olive oil "Ipša" is stored underground in state-of-the-art stainless steel containers connected to nitrogen, in a century old stone cellar preserving its supreme quality and freshness.