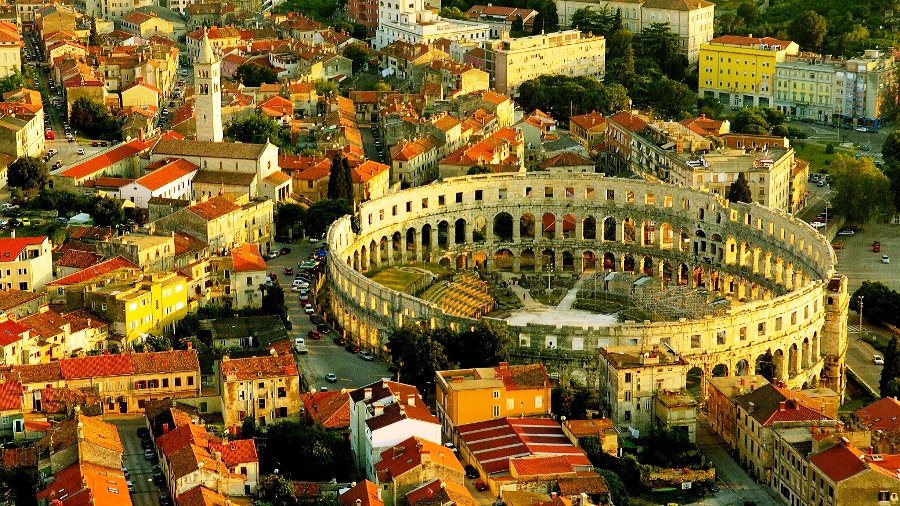 Pula, a city that has existed for three thousand years, is situated in the south of the Istrian peninsula. The town has beautiful beaches spread over nearly one hundred miles of beautiful and indented coastline.
When you visit Pula, you will hear whispers about a story of mythical Argonauts, Romans, Venetians, Franks and the time of the Austrian and Hungarian Empire. The city-museum will present you with its buildings and monuments preserved from bygone times: the Arch of the Sergi, Temple of Augustus, Hercules Gate. 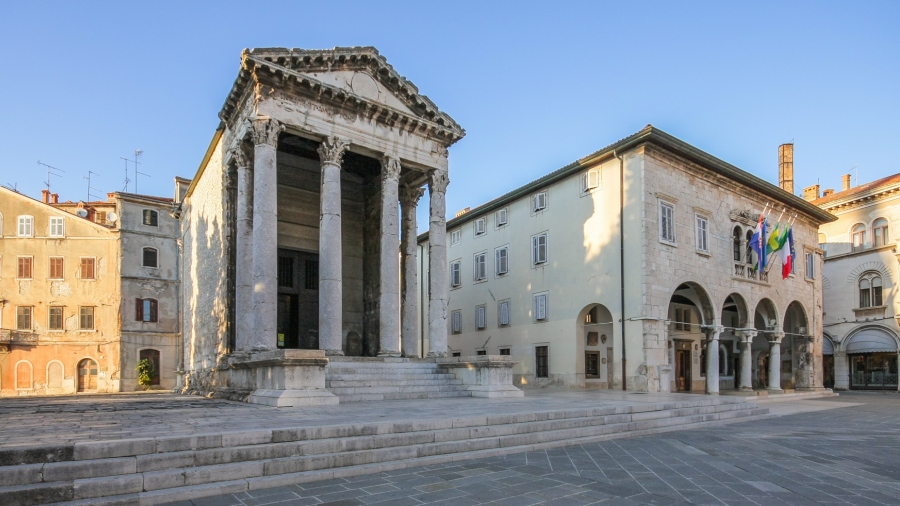 The Pula Amphitheater or Arena is one of the six largest Roman amphitheaters in the world. Erected in the 1st century during the reign of Emperor Vespasian, it was primarily used for gladiator fights in front of 20,000 spectators. Elliptic in shape (132 x 105 meters and 32 meters in height), the largest ancient building in Istria is open for sightseeing during the day and becomes a perfect place for pop rock concerts, operas and ballets in a nighttime, as well as the film festival with a 50-year tradition. 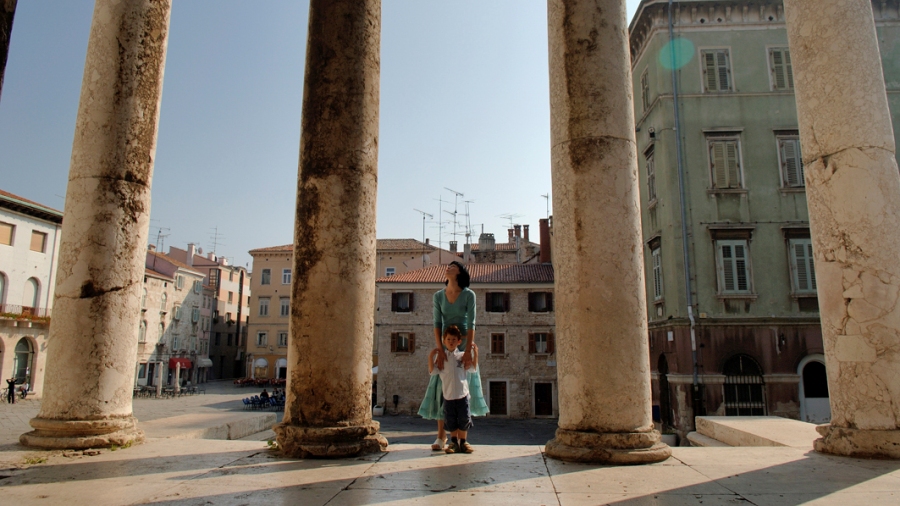 In Pula you will enjoy excellent restaurants, and on the most beautiful stage in the world, in the Arena under the stars, during the summer you can listen to some of the most famous names from the world of music.

The view of the Pula region is framed by the Brioni National Park, a gem in Istria's natural heritage. With its fourteen islands and islets of exceptional beauty, safari park, the remains of Roman villas and forts Brioni are a wonderful blend of nature and culture.