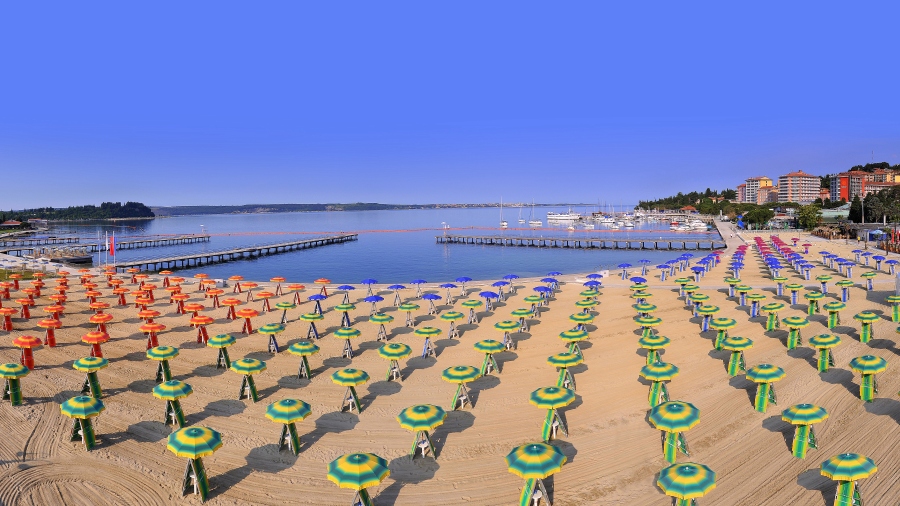 Portorož has been known as a health resort since the 13th century when monks from the Monastery of St. Lawrence treated people with seawater and brine. Beneficial effects in diseases like rheumatism, dropsy, scrofulous, obesity and wounds were recognized in near and far surroundings.

Portorož area was part of the Venetian Republic until its collapse at the end of the 18th century, after that the area came under the Austrian rule where it remained until the end of the First World War. Only for a short period, from 1806 to 1813, the French also ruled it. 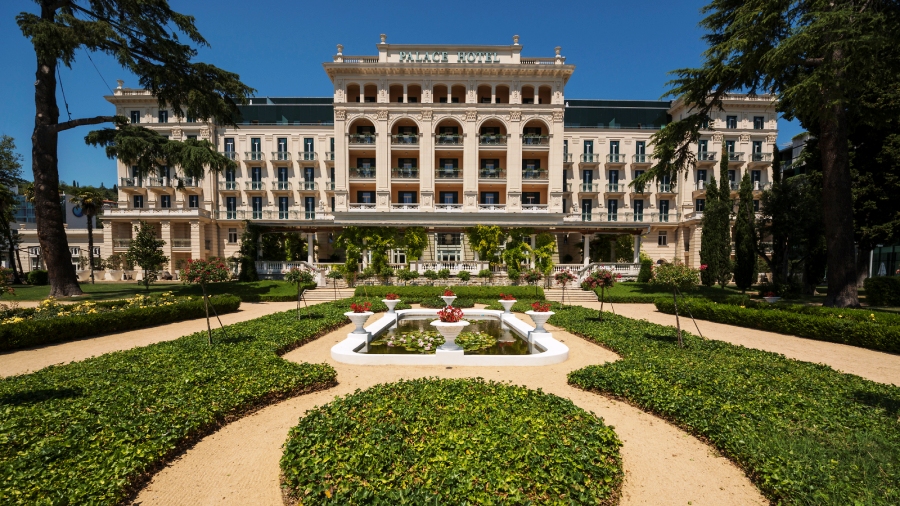 In 1879 Giovanni Lugnano, a doctor from Piran, started with the first treatments based on salt mud wraps, baths and brine drinking therapies to cure rheumatic and other diseases. The news of the exceptional healing properties of the saltpans treatments was soon spread from the nearby places, where the first patients come from, to more distant parts of the Austro-Hungarian Empire, part of which was Istria after the collapse of the Venetian Republic (1797).

After 1885 guests coming to Portorož increased significantly, therefore the construction of new villas and guesthouses was inevitable. Besides that, intellectuals, bankers and businessmen from Piran agreed in 1890 to establish a joint company for the construction of a health resort and a spa in Portorož, and a year later actually founded in Piran the seaside society “Stabilimento Balneare di Pirano”. The land for the new hotel with 80 rooms, 120 beds, a restaurant and a café, a spa building with 30 bedrooms and an own beach was purchased from Piran Saltpans. The new hotel was, in fact, the predecessor of Hotel Palace. 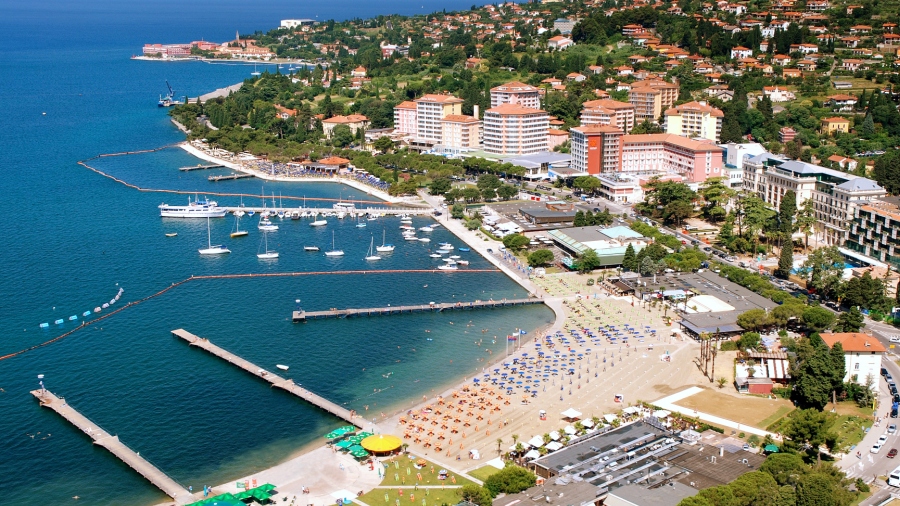 On 20 August 1910, one of the finest hotels on the Adriatic coast, Hotel Palace, opened doors. It was a charming pearl with 175 rooms, a large dining room and a multi-purpose hall, a large open terrace, a luxurious reception lobby with a magnificent Glauco Cambon picture and a lounge for reading and for games. The spa area with mud baths and seawater pools was connected to the hotel with corridors and the entire spa complex was equipped with the most modern therapeutic devices of the time. In front of the hotel, a new sandy beach with 200 cabins standing in a semicircle was arranged and designed by the renowned architect from Trieste, Lodovico Braidotti. Hotel Palace was renovated and upgraded to a five-star superior hotel in 2008. At that time, the hotel was also renamed in Kempinski Palace Portorož.

Portorož hosted in 1913 almost 7,000 guests and it started to become internationally renowned. World War I and II slowed down its development, however, its revitalization started once again in 1954, when the Spa center in the old Hotel Palace was renovated. In 1975, the Palace Spa acquired the status of a natural spa. Ten years later a new Thalassotherapy Spa Portorož connected to four hotels, that have recently further improved and enriched their offer, was built.