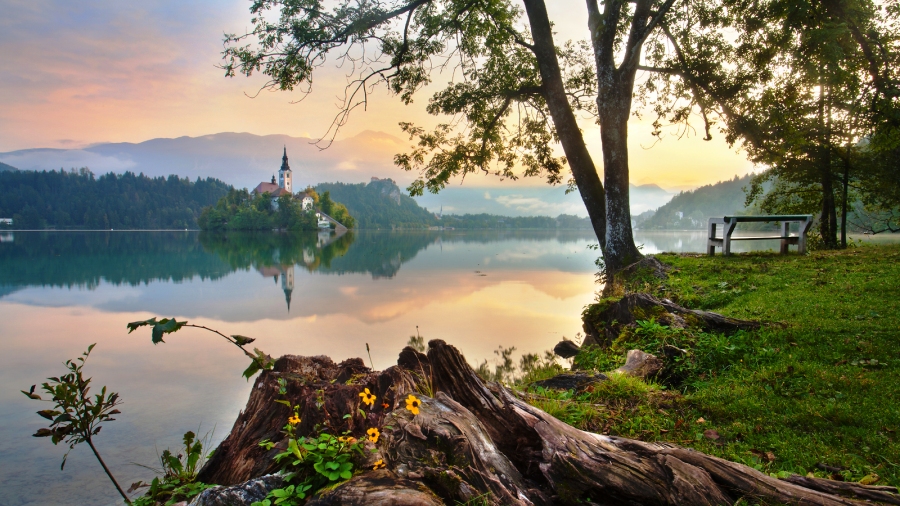 This Alpine lake with the only island in Slovenia has been a world-renowned paradise for centuries, impressing visitors with its natural beauty, wealth of legend, and special powers to restore well-being. Look out at the lake from a castle on a cliff and visit the island on a traditional “pletna” boat.

Traditional wooden boats – pletnas – have been taking visitors to the island in the middle of the lake for centuries. These boats are operated by standing rowers known as pletnars. After landing, guests climb 99 stone steps to reach the Assumption of Mary Church. On this island, which is the subject of legendary tales, listen to the church bell and ring it yourself. Legend has it that this will make your wishes come true. As you return to the lake shore, view the island on the lake from the castle or from the walking and horse-carriage trails that lead you around the lake. Take a ride with Bled coachmen, known as fiacres! 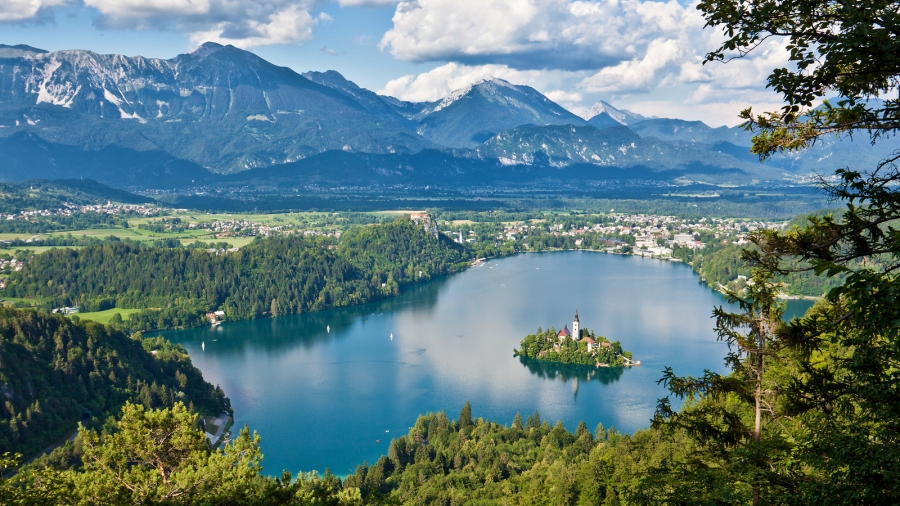 The church bell, made in the early 16th century, is said to have come from the pope himself. The story goes that he gave it to the church after the original bell, sent to the island by an inconsolable widow in remembrance of her late husband, ended up sinking to the bottom of the lake in a storm. So, Bled really has a pair of legendary bells: the one in the church and the one on the bottom of the lake. The legend about the sunken bell is brought to life every year by a special Christmas event. 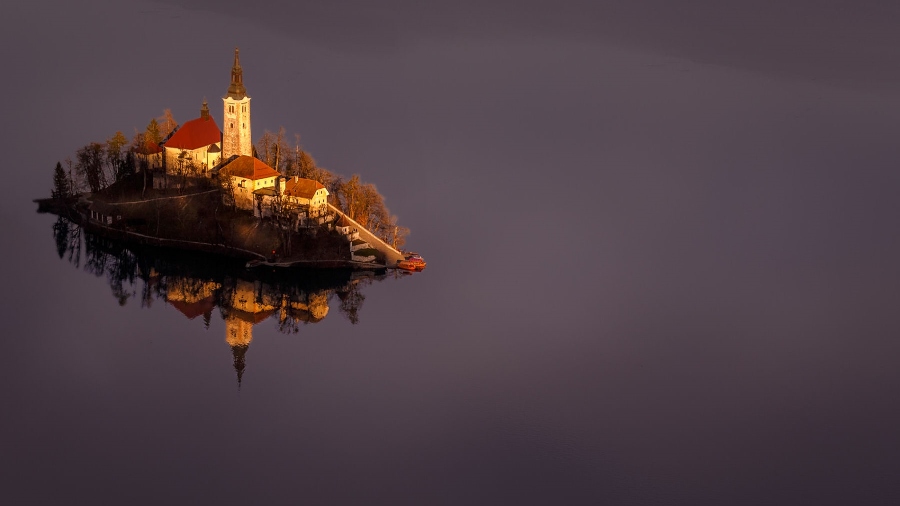 The most beautiful view of the lake, its island, and the surrounding peaks is from the castle towering over the lake on a cliff. Due to its beauty, it is considered to be one of the loveliest wedding venues in Europe, and it has also been the location of important diplomatic and state protocol meetings. In addition to the picturesque architecture, this 12th-century castle is also home to a museum collection; a castle printing works, where you can learn about traditional manual printing; the castle cellar, where you can bottle wine and seal the bottle with wax; a castle smithy, and a restaurant. In the summer months, you can meet a castle lord or experience an archery tournament.

Bled is one of the most recognizable iconic places in Slovenia. In the 19thcentury, it was visited by hydropathy enthusiasts following the methods of the Swiss physician Arnold Rikli. At the beginning of the 20th century, Lake Bled was considered to be the most beautiful health resort in Austria-Hungary. After World War II, this was the location of one of the most important state protocol residences.