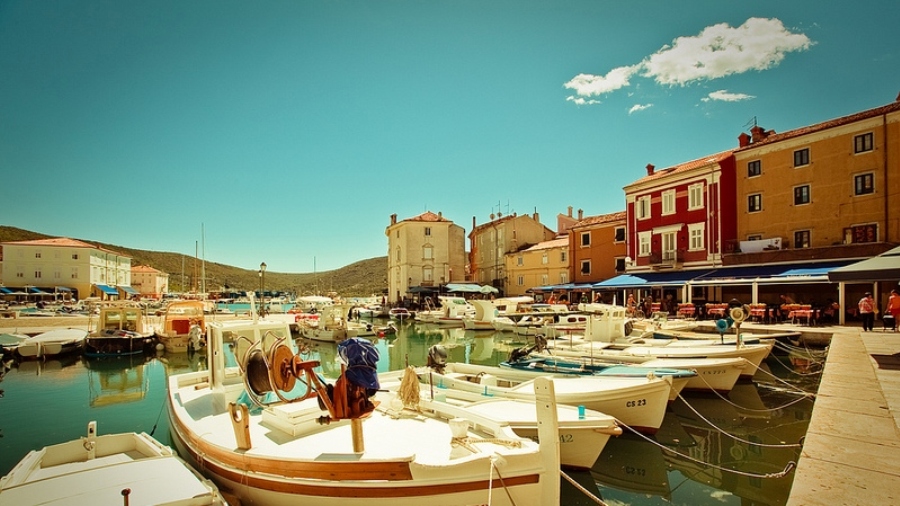 The island of Cres is located in the wide Bay of Kvarner and is the biggest Adriatic island.

The coastline of the island is indented and abounds with many bays and pebble beaches in the west and south while the northern and eastern parts are crowned with steep and savage cliffs. Cres is the biggest Adriatic island with several climate and vegetation zones boasting itself with a rare natural phenomenon – a freshwater lake in the very middle of the island (Vrana Lake) serving as a resource of potable water. Moreover, along with Krk and Lošinj, today Cres is considered to have one of the richest flora the largest number of which is made up of relic and endemic plants. The richness of flora is accompanied by the richness of fauna:  both plant and animal wealth poses a real challenge to nature lovers. On the very island of Cres, there is one of the last habitats of a very rare bird – the Eurasian griffon. Interestingly enough, there are no poisonous snakes on the island. Today Cres is the most sparsely populated island in both the Adriatic and the Mediterranean Sea: its inhabitants breed sheep, grow olives, process medicinal herbs, keep bees, grow fish and are recently engaged in tourism.

The island of Cres has populated already in the early Stone Age. Continuity of life on the island is portrayed in a remarkably rich cultural and historic heritage: from the Liburnian hill-forts, remnants of Ancient cities, early Catholic churches scattered around the island, convents, and remains of city heritage from Venetian period up to the monuments of today. Although various influences have extended all over the island, the typical island way of life has managed to preserve its indigenousness and autonomy.  This is particularly pictured in the preservation of language i.e. the so-called Chakavian dialect that is still spoken nowadays and in language, habit and dance idiosyncrasies as well as folk costumes preserved in every town and village on the island. It is worth mentioning that every village has its own patron saint is celebrated in a particularly festal way: apart from the liturgy of the mass, traditional festivities are also being arranged.