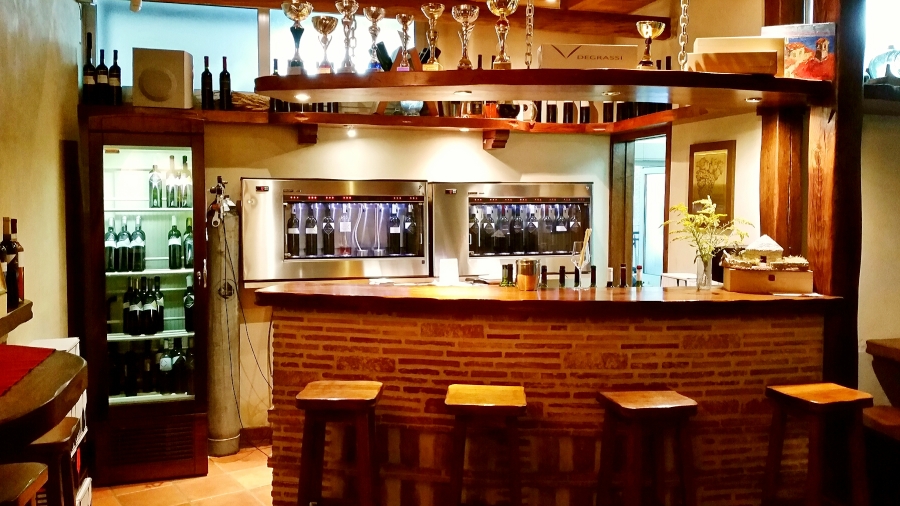 Family tradition is part of this wine story's beginning which, carried by enthusiasm and love for the profession, arises again at the end of the eighties.

Wine started being produced to meet the needs of a personal catering business, but not long after that, in the early nineties, it evolved into a complete and exclusive dedication to wine.

The first bottle to be dressed up in Degrassi winery clothing was released with the 1996 vintage mark on it.

Committed from the very beginning to superior quality and the preservation of continuity, Degrassi cellar gives birth to wine that brings people together, inviting them to share special moments carried by their mutual interest and the ritual of existing.

Moreno, an aficionado, connoisseur and creator of wines, his father Nino, as well as the entire winery team working in continuous communication are the prerequisite for excellence.
A lot of patience, perseverance and inner harmony in spite of external adversities is needed if the road toward success and confidence of good wine lovers is to be taken.

At the mere couple of hundred meters from the wine cellar sits the oldest lighthouse on the entire Adriatic coast still in use. Built during the Austro-Hungarian Empire under the direction of the aristocrat Von Metternich at what is now the westernmost point of Croatia, it served as an orientation mark for the Austro-Hungarian navy, but also as the hideout for Metternich and his Vienna mistress.

This story of romance continues even today with the summer Romantic days event organized by the local Tourist Board which takes place at the foot of the lighthouse.

The silhouette of the lighthouse of Savudrija was featured on our first labels in the late nineties, primarily out of the respect for the symbols which it represents.