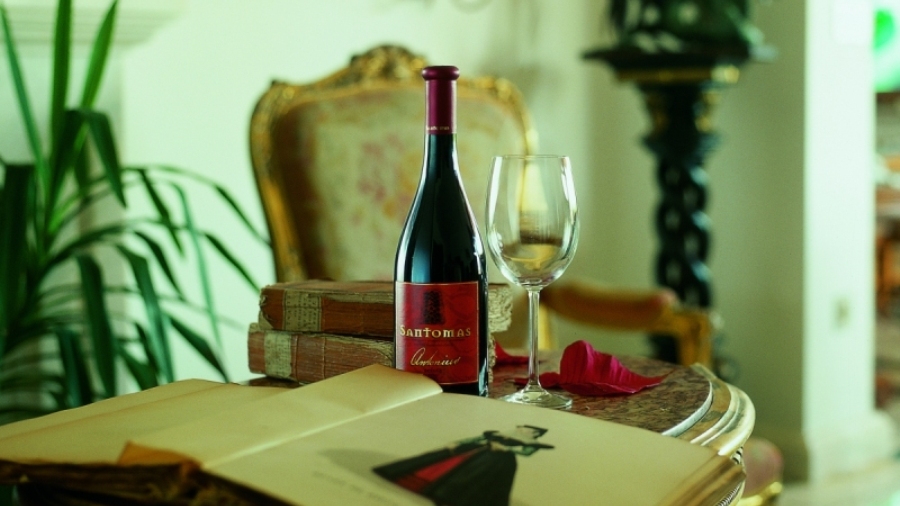 In a peaceful village Smarje near Capodistria, in the heart of Slovenian Istria, extend the vineyards and olive orchards of Ludvik Nazarij Glavina. The story of the vintage wines and distinctive Smarje olive oil, incorporated in Santomas trademark begins at almost 50 acres of vineyards and 7,5 acres of olive orchards. The owner’s philosophy is based on honoring the tradition and genuine Istrian heritage as well as honesty in farming and respect to the environment. 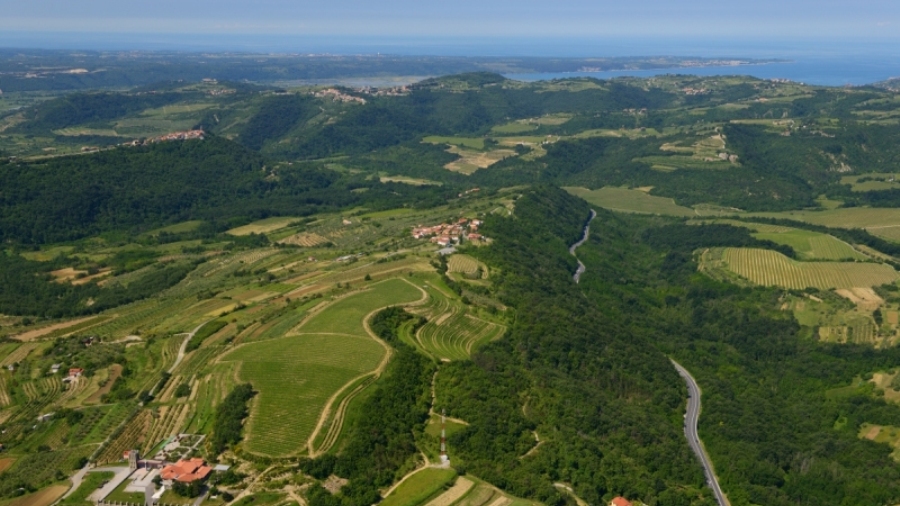 The Glavina family have lived in the village ever since it was established. According to oral tradition, a merchant came to Smarje and, buying a large piece of land the rise of the village began.

In 1856 Ivan (Johannes) Glavina, called Petrusic, was born. The first to start growing grapes and olives.

In 1883 Antonius Glavina was born. The range of the vintage wines Santomas bears his name.

In 1946 Ludvik Nazarij Glavina was born, taking his name out of respect for his father, Nazarij also being the patron saint of Capodistria (the municipality of Smarje).

In his wine cellar, Ludvik Nazarij Glavina set a 3.000 liter wine barrel for each of his ancestors. The Ivan Glavina inscription is white, the Antonius is red and the Nazarija wine barrel inscription is yellow. Together with the family coat-of-arms and motto “Semper memoriam refacit tempum” (The memory renews the time) white, red and yellow form the flag of the Glavina family that flies from the wine cellar tower.

Ever since the 9th century the village Smarje, has been renown for its stone transenna (carved stone with holes for shutting the narrow church window) marking the beginning of the Christianity in the area. Ludvik Nazarij Glavina has used the transenna as a distinguishing sign of Santomas trademark, marketing vintage wines, olive oil and grappa. The bronze duplicate transenna of the Šmarje church is built into the wine cellar tower, being symbolical of the same height as the church tower.

The Glavina family has cultivated vines, olives and other crops for 200 years. Ludvik Nazarij Glavina at a very young age decided to carry on the family tradition of his father Nazarij, who left him the whole estate the size of 17 acres (7 acres of vineyards and almost 10 acres of another agricultural land). From his father, Ludvik inherited the love and the know-how of wine and olive growing, wine trade as well as the passionate tradition of Slovenian Istria. 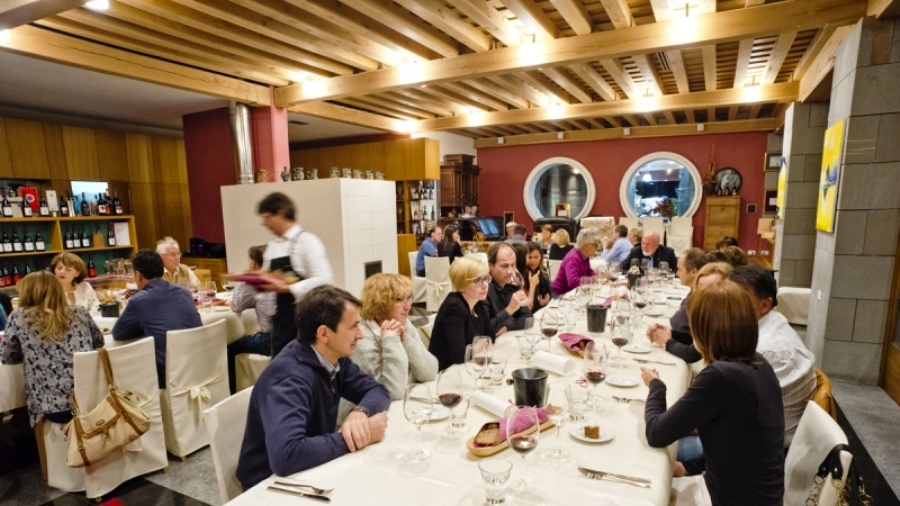 As the possibilities for private wine growing and wine trade evolved in the 90’s, Ludvik gradually invested in new vineyards, olive orchards, and cellar technology. Over the years, the estate expanded to almost 50 acres of vineyards and 7,5 acres of olive orchards, primarily intended for growing indigenous Istrian species, thus growing Refosco and Malvazija, as well as Istrian Belica (also known as Bianchiera) and Leccino in the olive groves.

Established in 1997, the Santomas trademark was designed by Ludvik Nazarij Glavina. The idea arose from the book “Topographie de toutes les vignobles” written in 1832, where Ludvik noticed and remembered the author’s note on wines from Capodistria area Santomas being very drinkable and pleasant.

The estate nowadays consists of a modern wine cellar with a tasting room, an ecological laboratory, a wine storage and a wine bank. Upon a recommendation of the architects, the whole structure honors the unwritten laws of Istrian architectural tradition.